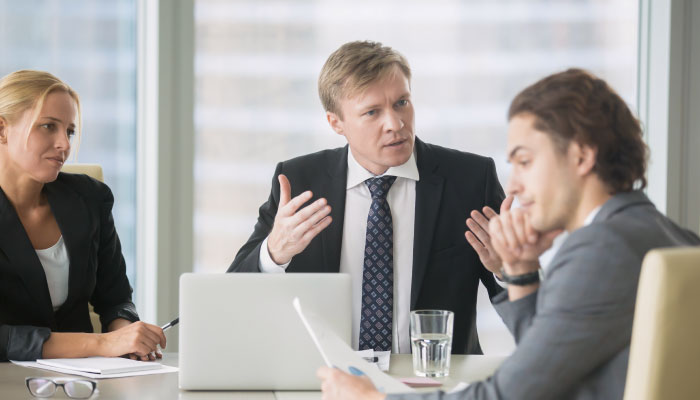 That maxim is especially true for millennials, but online use negatively effects Americans’ social interactions in every age group. And, of the many net results of reduced sociability, one of the most profound may be the damage to our conflict resolution skills. Something that affects us daily at work. However experts in this field say that Workplace conflict is necessary & healthy – even if we hate it.

Conflict is a fact of life—even in the workplace, says Joel Garfinkle, an executive coach who has written seven books and more than 300 articles on leadership, workplace issues, and career advancement. In a conference for AudioSolutionz, “Stop Avoiding Difficult Conservations: Practical Tactics for Crucial Communication,” Garfinkle instructs workers to use conflict as an opportunity to create a positive—not a negative—outcome.

There is not a lot of ambiguity in the science: Technology is very often a hindrance, not a help, to social interaction. Conversations conducted without a mobile phone were rated as much better than those conducted using them, a widely-circulated study by scholars at Virginia Tech found. “People who had conversations in the absence of mobile devices reported higher levels of empathetic concern.” the study’s authors wrote.

“It’s become too easy to catch up on all the surface gossip without even leaving your armchair,” LooseEnds creator, Daniel Lewis, told the Mirror.

While no one is arguing that using technology is inherently bad, it’s becoming clear we don’t always know how to use it wisely—or teach our children too. A CNN study found that “teens no longer see a distinction between their lives in the real world versus the online world. But they’ll still post online what they admit they’d never say in person.”

Conflict Is Necessary—Especially in the Workplace

But avoiding face-to-face conflict and difficult conversations is not healthy—certainly not for high-functioning communities and organizations. That’s why conflict resolution skills and the development of crucial communication tactics are critical in the workplace.

“Effectively managed work conflict has many positive results for your organization,” noted The Balance, a workplace-focused website. “When people can disagree with each other and lobby for different ideas, your organization is healthier.” The site offered several tips for encouraging meaningful workplace dialogues:

“As leaders, it is important to manage different types of conflict,” Garfinkle stresses. “Conflict happens in the workplace—even between people with strong working relationships.”