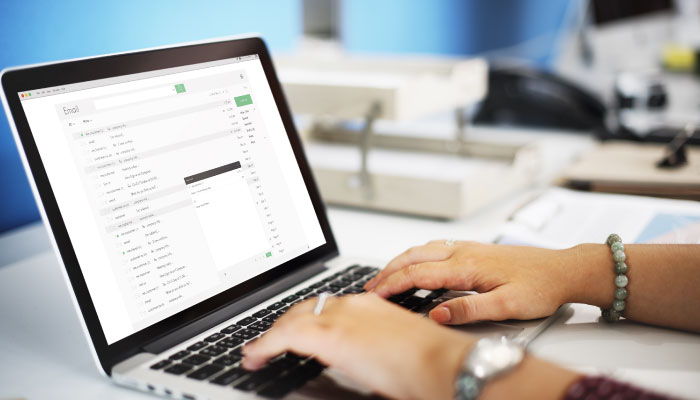 Guess what you spend most of your time doing at work? If you are an average American employee, you spend 28 percent of your workweek—13 hours!—reading and responding to email, according to a study by McKinsey Global Institute.

It’s time to make better—more engaging and effective—use of that tool, says Karla Brandau, a team management and productivity pro. In her webinar for AudioSolutionz, “Turbo Speed Through Emails By Writing Emails that Get Read,” Brandau shows you how to: write catchy subject lines, clarify pronouns, lend personality to your messages where appropriate, and craft emails that are succinct and straightforward (but not rude)—all with an eye toward lifting the time-sinking burden of the email slog.

Problem: At Least Half Your Inbox Is ‘Garbage’

Reading and responding to email, the McKinsey study said, amounts to low-value work, and it’s not just a problem in your office. It’s everywhere!

“Email overload is a global epidemic,” reported SaneBox, a company that offers email filters. “Less than half of emails deserve attention,” it claims.

Sanebox found that the average inbox is nearly two-thirds full of what amounts to garbage, and that this figure is rising. Further, “recovering” from an email takes more than a minute, meaning there’s a lot of lost productivity in your inbox, too.

The Washington Post went so far as to create a time-lost-through-email calculator. The time the average American worker spends dealing with email, the paper reported, could have been spent to learn two dozen languages or hike the Appalachian Trail—100 times.

“Instead,” the paper said, “you were tapping out gems like ‘plz acknowledge receipt, ty’ and ‘ok sounds good, let’s meet at nine.’”

There’s no getting away from email, though many companies have moved some of their inter-office communication to different platforms.

Workshop facilitator Think Productive likes Slack, which promises to reduce emails between colleagues by creating channels for various conversation threads in a messaging app. “You can ensure that you’re only included in relevant channels, and receive notifications whenever your name is mentioned by another user,” the company said.

But while alternatives are out there, email won’t be going away anytime soon, which means you need to do your part and write better emails. That starts by limiting the number you send, said career skills site MindTools. Plus, you should replace some emails with personal visits—especially if you are delivering bad news, the company suggests.

“Remember,” he wrote, “your message is not the only one in your recipient’s mailbox. A clear subject line will help a busy professional to decide that your email is worthwhile.”

Brandau adds that writing good emails is not just a nice thing to do for your workmates—it is pivotal to your professional success. A good rule of thumb: Know your communication objective before you hit “Send”!