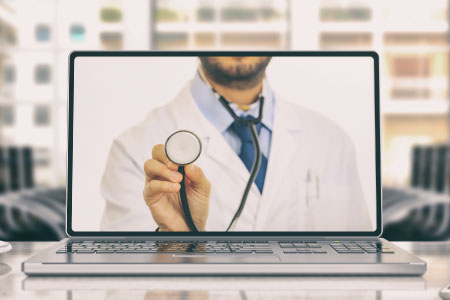 Telemedicine, and telehealth in general, has been growing tremendously in recent years, thanks in large part to advances in technology and patient demand. A 2014 HIS technology report projected that the number of telehealth patients by 2018 would have grown from 250,000 in 2013 to 7 million. A 2017 Telehealth Index survey by American Well found that 66 percent of consumers would be willing to visit with a doctor via video.

Despite its rising popularity, a chief challenge in telemedicine has been that the technology is growing more rapidly than Medicare reimbursement regulations and billing updates. However, the Centers for Medicare & Medicaid Services (CMS) does appear to be making some improvements, according to healthcare consultant Duane C. Abbey, Ph.D.  In his live audio conference with ProfEdOnDemand, “2018 Telemedicine: Coding, Billing and Compliance,” Abbey discusses changes in the industry, most notably how CMS has begun to expand and change telemedicine services since the passage of the 21st Century Cures Act—and how Medicare’s rulings on telemedicine will affect your practice.

Medicare imposes several requirements on telemedicine services that can at times be tricky to navigate. When determining reimbursement, Medicare looks at a few factors—namely, the qualifications of the healthcare provider delivering the service and specific geographic requirements for both patient and provider. Providers are generally required to be licensed in every state where they work and in every facility in which they should see patients.

Currently, Medicare allows for the following categories of covered professionals only:

Telemedicine reimbursement rules apply to patients who are enrolled in Medicare Part B and live in:

The requirements listed above set the conditions for when and where telemedicine can take place—and these likely won’t see much change. What is seeing change lately is how CMS is modifying its definition of what is included in telemedicine and how providers should bill for these services.

New: This year CMS has made three significant changes in telemedicine billing, which include the addition of new CPT® and HCPCS codes, replacing the now redundant GT modifier with Place of Service (POS) code 02, and unbundling the CPT® code 99091 for additional provider reimbursement.

After the 21st Century Cures Act’s directive for CMS to expand telemedicine services, CMS’s response was to include the following codes for telemedicine reimbursement:

In addition to expanding its definition of telemedicine services to include the codes above, CMS is seeking to benefit providers in two ways: reducing administrative burden and adjusting reimbursement in a way that’s favorable to the provider.

Although POS 02 was implemented last January, it was only this year that CMS decided having both codes was redundant. POS 02 now meets Medicare’s requirements for reimbursements, except for critical access hospitals (CAH), who will still need to use the modifier GT when billing.

The third significant action CMS has taken this year to adjust telemedicine billing is to unbundle CPT code 99091 to allow providers to be reimbursed separately for time spent on the collection and interpretation of health data.

How: This data must be generated remotely by a patient, stored digitally, and then transmitted to the provider; and providers can use 99091 no more than once in a 30-day period. Before beginning services, providers must obtain consent from the patient, and store that consent in the patient’s electronic medical record (EMR). For new patients, providers must also begin services with a face-to-face visit before being able to use 99091.

Pay Attention to the Rapid Changes

At the same time it has grown, telemedicine has also been something of a briar patch of compliance issues given the slow pace at which Medicare and CMS are embracing telemedicine services. And although Medicaid and private payers have typically been more aggressive in reimbursing for telemedicine, you’ll still need to take the time to sift through each state’s requirements and the different plans of private payers. It may take a while for billing regulations to completely catch up with the technology, says Abbey, which is why it’s all the more important for providers to constantly be vigilant of new policies and other changes in this emerging field.