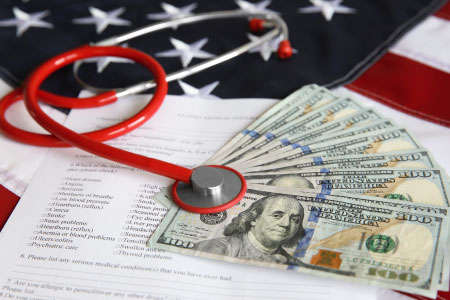 A little-known law enacted by Congress during the Carter administration is finding some traction today as the federal government seeks to close off skyrocketing health insurance costs – and as enterprising businesses seek to help out.

In a Medicare Secondary Payer (MSP) situation, another party takes responsibility for paying a beneficiary’s claims before Medicare does. Under the Medicare Secondary Payer Act, the Centers for Medicare & Medicaid Services (CMS) can contract with private vendors and subcontractors to carry out specific tasks and program activities that are traditionally performed by intermediaries and carriers. These outside parties can step in and root out inefficiencies, below-standard healthcare, fraud and abuse. Firms providing MSP compliance to large employers, third-party administrators and insurers are some of the fastest-growing companies in America.

Looking Out for the Big Guy

The law recently received airplay when a Louisiana attorney was sued by a health benefits plan for not ensuring that a client’s post-accident settlement was used to reimburse Medicare costs stemming from the collision.

In the lawsuit, Humana Health Benefit Plan takes issue with Floyd Falcon Jr. and his law firm, Avant and Falcon. Humana said its client, who had Medicare Part C coverage through the company, was in a car accident. Humana paid more than $182,000 for care, including more than $13,000 in Medicare benefits – only to later discover that the victim had received a settlement already. Humana said the lawyer did not ensure that the settlement was used to reimburse Medicare costs.

“This suit and others like it challenge these and similar practices that drain money from the Medicare Trust Funds and increase the costs borne by elderly and disabled beneficiaries who enroll in Medicare Advantage plans,” Humana alleged.

A Growing Segment of a Growing Industry

That case is just one of many, say two Miami lawyers.

“Between 8 to 10 percent of all claims that are made through Medicare or Medicare Advantage Organizations are the responsibility of another payer,” said John Ruiz, from the firm MSP Recovery. That yields to a dizzying figure, he said. CMS spent $646 billion in 2015.

In a ruling issued earlier in 2017, a Florida state court said that parties that agree with the federal government to provide Medicare benefits could sue a primary payer as a class – a first of-a-kind decision for the industry.

MSP oversight is a growth industry, according to those who watch the workers compensation industry.

“Over the last 20 years, although the agency itself has grown tremendously, and the regional offices have also grown significantly, the explosive growth has been in the number of vendors, contractors, and centers CMS has brought on to manage, work, administer, study, and report on MSP compliance,” wrote a lawyer in the industry.

Secondary Payer Is Not Going Away

Learn how your company can get involved in this growth industry by joining management consultant Duane C. Abbey, who addresses the foundational aspects of this little-known corner of CMS’s authority in his audio conference for ProfEdOnDemand, “Fundamentals of the Medicare Secondary Payer (MSP) Program.” Duane provides an in-depth analysis of secondary payer policies, starting with an overview of the program and diving deep into proper billing techniques, key fields of reimbursement forms, trouble with workers compensation and an overview of emerging trends. The conference is recommended for those involved with billing, patient financial services, claims transactions, compliance, internal auditing and registration.