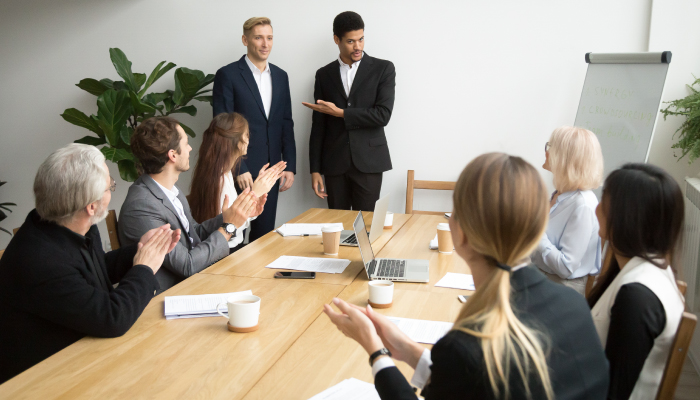 An employees’ first day is critical. The first few days of a new employee’s tenure more so. From the moment new hires step into the office, they are making observations about the workplace and assumptions about what their new life will be like. With historically-low unemployment rates and the high cost of making new hires, this is a process you can’t afford to goof up.

Unfortunately, goof up is what all too many businesses do, says Human Resources pro Judi Clements. From creating poor rapport to wasting time and presenting hazy guidelines, the employee orientation process can turn off new workers, she says. But a handful of relatively simple guidelines can set you and your new workers up for success.

You don’t have to go too far to read about first-day nightmares. Talent Point Consulting has heard about employees who cooled their heels in the lobby because their names weren’t added to the security clearance list, orientation days that last 10 hours without breaks, and misspelled names on new business cards.

While some problems are merely annoying, others can directly and significantly impact work performance and output, says HR consultancy TINYpulse. TINYpulse writer Sabrina Son found examples of workers who were never given passwords, who were given work with no explanation of how to complete it, and who were not even told where the bathroom was.

“Starting a new job is one of the most difficult things any adult can do,” says Son. “It’s like being the new kid in school: you know no one and you don’t know what’s going on.”

The fix for these sorts of problems is simple, Talent Point says & goes a long way in addressing concerns on the employees’ first day. Employers should:

It’s not uncommon for new hires to question their employment choice by the end of their first day of work, reports The Balance Careers. What’s the common thread? Forgetting that your new employees are people.

“Their anxieties are fueled by mistakes that companies often make during that first-day new employee orientation program,” The Balance says. Those common mistakes include overloading new workers with useless facts, long lectures, and boring videos.

The solution? Treat your new workers like they are a part of the family.

“Think about arranging a party to welcome the new employee,” The Balance adds. Celebrations—and attention—produce enthusiasm.

“Employees benefit from feeling valued and ‘fitting in’ to the new job more easily and quickly,” wrote Chron writer Leigh Richards. “Fewer mistakes are made by the new employees who are more relaxed.”

Resources: Follow a checklist, such as those published by The Massachusetts Institute of Technology (MIT), that offers tips for HR pros to follow during and after the hiring process. You’ll want to attend to several details—such as creating a personnel file, requesting needed computer equipment, and communicating first-day logistics—immediately upon completion of the hiring decision. And, on Day One, take your new employee out to lunch!

Be sure to prep direct reports on first-day orientation tips, as well. MIT offers a separate worksheet specifically for managers, who will want to prepare the new employee’s calendar for the first few weeks—and plan a first assignment.

While successful onboarding techniques vary by job and project, getting them right no matter the industry and employee level is key, says Forbes.

“The first few minutes of new employee orientation, if done right, can lead to happier and more productive workers and, ultimately, increased customer satisfaction,” Forbes wrote. “Unfortunately, a lot of companies do it wrong.”

You’ve put a lot of effort into hiring the perfect worker, adds Clements. Make sure to follow through with good orientation plans once they show up. Remember your day – perhaps it wasn’t different to your new employees’ first day.