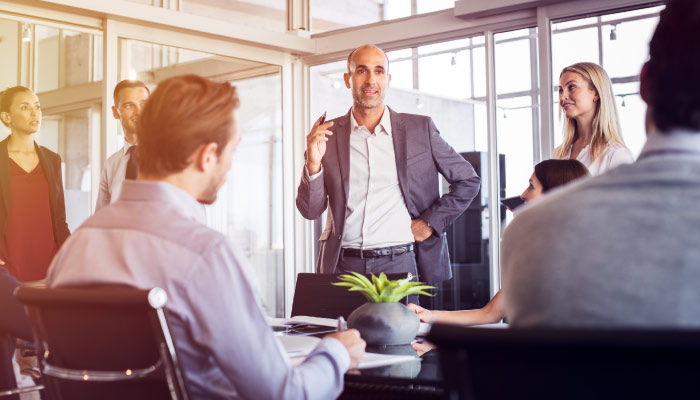 Lots of people can lead from the lonely top—but truly effective leadership requires the ability to connect, collaborate, and engage in teamwork. Leaders can easily fall into the “lone wolf leader” mentality, where they work in silos and focus on self-interest instead of broader company goals. But the greatest achievements in business, politics, and other areas come from collective, not individual, effort.

Three simple steps can keep you from becoming an ineffective “lone wolf” leader, says leadership consultant Ron Rael. You’ve got to use talent wisely, optimize decision making, and earn the trust and engagement or your team.

Leadership is a reward, intones leadership coach Randy Cantrell from the Bula Network. “It’s for the courageous and the brave, not the fearless,” he writes. But that doesn’t mean you should let fear dictate your leadership style. Instead, manage fear as a productive trait.

Problems arise when you let fear push you “into a lonely corner feeling [you] must fight alone,” Cantrell explains. Don’t act on old mantras, such as “Show no signs of weakness” or “Never let them see you sweat,” he adds.

Instead: Successful leaders have shifted from driving their own personal results to the organization’s results—and even beyond to the industry or society as a whole, according to Aaron McEwan, HR advisory leader at Gartner.

When You’re Only Out For Yourself, No One Wins

Being a lone wolf is not only bad for the team, writes Greg McBeth for Entrepreneur: Lone wolves are also less likely to reach their own goals.

In most business environments, especially at startups, “[s]taying nimble and adaptive requires every member of the pack to play their part,” he says.

McBeth suggests these techniques for getting team members to work as a unit:

Lone wolves aren’t necessarily all bad, adds leadership consultant Joseph Chris. By wanting to do things their own way and following their instincts, they can find achievement, particularly in sales.

Ultimately, though, if your organization values open communication, diverse perspectives, and standardized rules, the lone wolf is going to be a detriment, says Anne Perschel, writing for Germane Coaching and Consulting.

“Solving rare and highly complex problems requires communicating and working with the existing team,” writes Perschel. The lone wolf doesn’t do that—and that can cause others to feel “frustrated and devalued,” she explains. That’s when team building and collaborative decision making suffer.

Ultimately, says Rael, the lone wolf leader is not one you want in your organization—nor the type of leader you want to become. Luckily, there are fairly easy and straightforward steps you can take to hold the wolf at bay.