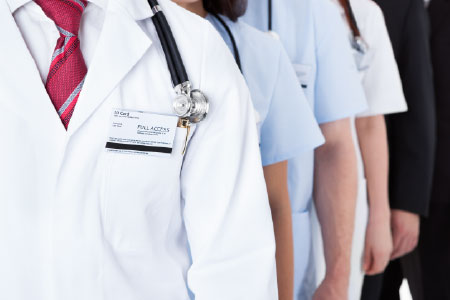 The Centers for Medicare & Medicaid Services posted changes to its State Operations Manual this year, and those involved in managing long-term care facilities will want to take a close look at it. Nursing directors, MDS personnel, administration personnel in nursing homes and interdisciplinary team management shouldn’t be surprised by the changes at this point, but they should be ready for a looming November deadline.

The manual includes 12 new sections, most of which concern abuse, neglect, quality of life and “comprehensive person-centered care planning.”

Patients have the right to be free from “neglect, misappropriation of resident property and exploitation,” section 483.12 states. Further, the facility must develop and implement written policies and procedures which ensure the reporting of crime, neglect and exploitation.

The changes come as it seems increasingly unlikely that the Affordable Health Care Act will be repealed and as federal data shows that the number of elderly people in the United States is growing rapidly, but that those seeking long term care are increasingly turning to home-based solutions rather than institutionalization.

A joint report by the Associated Press and the University of Chicago noted that by 2030 there will be roughly 73 million Americans over the age of 65—and that 70 percent of Americans who reach 65 will need some kind of long-term care, and that the care will last an average of three years.

Requirements Are New, But Regulations Aren’t

In 2016, CMS announced a new three-phase nursing home survey process. The big changes are found in the second phase, which goes into effect in November 2017, while phase three kicks in during 2019. In addition to changes to the State Operations Manual, new F-tags will be effective in November.

“There are a lot of new requirements, but most of the regulations are not new,” said Evan Shulman, CMS’s deputy director in the Division of Nursing Homes, Survey and Certification Group.

Though the phase two rules will set in as scheduled, enforcement penalties are being put off until 2018, CMS said this summer. “To address concerns related to the scope and timing of the changes, CMS will be providing limited enforcement remedies for certain Phase 2 provisions and will be holding constant the Nursing Home Compare health inspection rating for one year,” the organization said in a statement.

Those in the industry say the phased approach should be treated with respect. “The phased implementation of the Final Rule is also likely to present practical challenges due to many of the requirements being split among different implementation timetables,” said a group of attorneys who serve healthcare providers.

Get a Pro on Your Side

Industry veteran Marilyn Mines walks you through these and other changes to the State Operations Manual in her conference for ProfEdOnDemand, “Overview of the 2017 State Operations Manual Updates.” Mines will review what’s in the new Appendix PP, reveal what F-tags have investigative protocols, show which items have new and extensive verbiage, and define what the Critical Element Pathways are and how they will be used during the survey process to determine compliance.