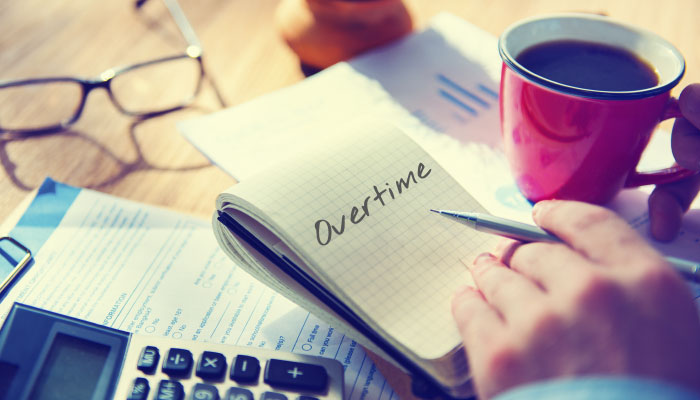 If you want to avoid costly legal troubles, you need to understand California’s overtime laws and how they apply to your employees. A huge chunk of California’s workforce is eligible for overtime pay, yet “unpaid overtime claims” remain the largest category of complaints filed under the Golden State’s wage and hours laws. No surprise here—the state has a bevy of one-of-a-kind payment laws and myriad ways for those who feel they’ve been wronged to pursue retribution, says payroll expert Vicki M. Lambert.

You must appreciate how California applies terms such as “fluctuating workweek” and “alternative workweek”—and other tricky rules, such as how to calculate overtime pay for employees paid at different rates in the same workweek, she adds.

Overtime Federal Standards: Who’s Eligible and For How Much

At the federal level, the U.S. Department of Labor’s Wages and Hour Division oversees overtime. And the rules are spelled out in the Fair Labor Standards Act.

Boiled down to the basics, the Act says that covered non-exempt employees get “Overtime pay for hours worked over 40 per workweek (any fixed and regularly recurring period of 168 hours—seven consecutive 24-hour periods) at a rate not less than one and one-half times the regular rate of pay.”

A covered non-exempt worker is one who earns less than $455 a week and does not “use personal discretion and independent judgment at least 50% of the time,” explains Investopedia. Typical non-exempt employees are blue collar, construction, semi-skilled, and maintenance, among others.

There is no limit to the number of hours workers (age 16+) can put in in a week. Weekends, holidays, or normal off-days don’t get any special treatment unless hours worked are actual overtime.

Even if you’re confident of your grasp of federal rules, you aren’t necessarily equipped to start fulfilling payroll duties in California, says Employmentlawfirms.com. Rules in the Golden State are much more protective of employees than the Federal Labor Standards Act.

Under California law, companies must pay overtime once workers hit 40 hours, but, in addition, they must pay overtime when an employee works more than eight hours in a single day and when employees work on seven consecutive days in the same workweek.

What does this mean? For starters, comp practices common in other states—work 10 hours today, six tomorrow, and call it good—don’t fly here.

“Even if an employee works only one day of the week, the employee is entitled to overtime for working more than eight hours on that day,” the site notes.

And here’s another fun overtime pay fact: Since the state lacks the resources to investigate and penalize every company that breaks the law, the Private Attorneys General Act of 2004 lets ordinary Joes pursue civil penalties on behalf of the state as long as they follow formal notice and waiting procedures.

California has its own standard for classifying non-exempt employees, though the rules are similar to federal rules, explains Shouse California Law Group. Key to this, however, is understanding that the law defines who is non-exempt: There are no contracts employers can hand out that, once signed, reverse the exemption. And pay standards are set regardless of whether wages are hour or salaried.

Which brings us to a couple of key terms you must understand:

California overtime pay is tricky but learnable, says Lambert, host of the Audio Solutionz webinar, “Overtime: 2019 Compliance Requirements for Paying Employees in California.” But with plenty of oversight and laws which favor employees, getting it right is not optional.