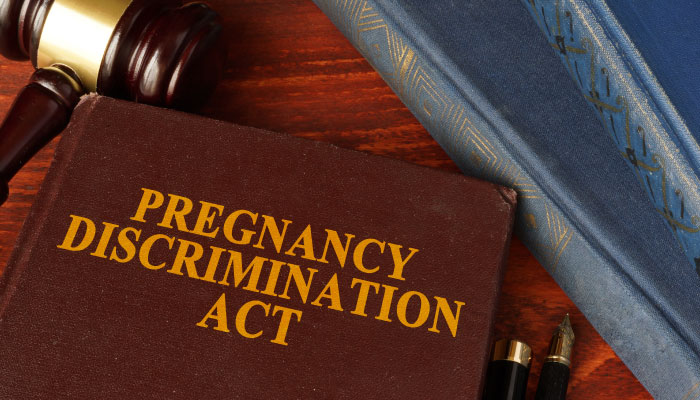 Important: Include both federal and state rules in your policy revision strategy

The Pregnancy Discrimination Act was passed in 1978, and since then additional federal legislation has served only to strengthen it. But subsequent passage of the Americans With Disability Act (ADA) and the Family Medical Leave Act (FMLA) also created confusion among some employers about which rules apply to pregnant workers.

Attorney Susan Fahey Desmond cautions that employers have serious and significant legal obligations when it comes to pregnant employees—and they can be complicated. Traditionally, the Pregnancy Discrimination Act was relatively easy to adhere to, but temporary impairments, such as the inability to lift, can also be considered a disability under the ADA.

The Pregnancy Discrimination Act of 1978 prohibits discrimination based on the basis of pregnancy. Provisions of the law stipulate that employers may not:

The law also states that employers must let a pregnant employee do her job as long as she is capable.

So that’s the black-letter law, but real-world application is another story. The bottom line obligation for employers is fair and consistently equal treatment.

That’s because, in Young v. United Parcel Service, Inc., the U.S. Supreme Court ruled that to make a claim under the Pregnancy Discrimination Act, a pregnant employee must show that the employer refused to provide accommodations but later provided accommodations to other workers with similar restrictions.

While the court did not accept of all of Young’s assertions, employer obligations post-Young v. UPS were clarified in favor of women: “It’s a big step forward towards enforcing the principle that a woman shouldn’t have to choose between her pregnancy and her job,” the plaintiff’s attorney, Samuel Bagenstos, told Slate.

This compliance issue is more important than ever to get right because more women than ever are working while pregnant, according to the Pew Research Center.

All this should be a big billboard aimed at employers: If you haven’t already, you likely soon will be dealing with—and accommodating—a pregnant employee.

While the basic tenets of federal laws protecting pregnant women are not complicated, employers should still tread carefully, counsels HR Dive, and they should also be aware of state laws that provide additional protections or stipulations.

“At the end of the day, minimum compliance is a must—but employers are often free to go beyond that,” HR Dive adds.

As Desmond notes, employers who get the laws right will not only shield themselves from potential complaints but also earn the respect of employees and create healthy, positive working environments.