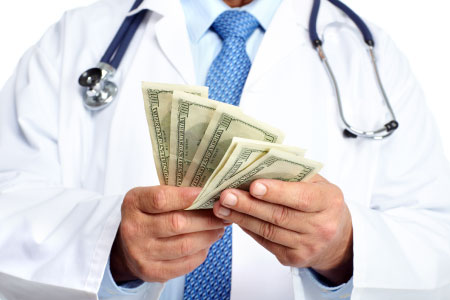 Embezzlement is a depressingly common problem for medical offices, with Healthcare Management Systems reporting that three out of four physicians will suffer a significant loss due to theft in their careers—and, further, that the theft is typically fraud perpetrated by a trusted employee.

Medical consultant Jill Young maintains that focus on fraud prevention and clinic cash management is long overdue. She details tips and tools to reduce embezzlement in her ProfEdOnDemand webinar, “How to Prevent Embezzlement at Your Medical Office,” and says that quick audits and spot checks can go a long way toward keeping cash and medical items secure.

Medical practice theft and embezzlement is a $25 billion-a-year problem for medical offices, says Psychiatry Advisor—and part of what makes the problem so large is that the theft can go undetected for years. There are, however, major clues to watch for. Red flags include:

The profile: “Embezzlers tend to fit a specific profile,” Psychiatry Advisor adds. “They are often women with no criminal history who have worked their way up through the practice. Embezzlement often starts small and then increases if the initial theft remains undetected. Many practices settle matters through an attorney, as they fear the negative publicity.”

In the 1950s, explains the Association of Certified Fraud Examiners, a researcher named Donald Cressy dissected embezzlement by defining what he called a “fraud triangle”—or three components that taken together may lead to fraudulent behavior: need, opportunity, and rationalization.

Watch for: An employee can become a “trust violator” when he/she has a financial problem, has a chance to resolve that problem by violating a position of financial trust, and can rationalize his/her user of the entrusted funds or property, Cressy explained.

Open Your Own Mail

Doctors might be good at curing illness, says Physicians Practice, but that does not mean they are good office managers. With that in mind, there are plenty of ways to stem fraud:

The main reason clinic cash management and prevention is so important, adds DAS Health, is that even if a fraudster is caught there is typically little or nothing to recover.

“Most people who commit embezzlement spend [the money],” said Denise McClure, president of Averti Fraud Solutions, in the DAS Health article. “There’s usually nothing left. There often are not even assets that you can sell.”

Physician office embezzlement is rarely sophisticated, said Young, but rooting it out does take a hands-on effort.