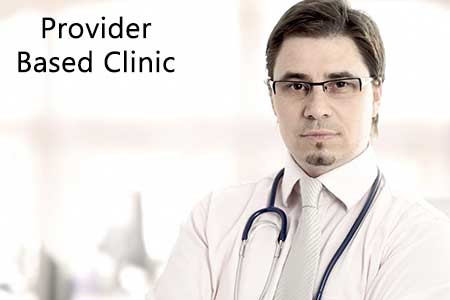 Last year, President Barack Obama signed into law a bill—the Bipartisan Budget Act of 2015 (BBA) – that significantly changes how Medicare pays for outpatient services furnished at certain hospital locations. The BBA act reflects a two-year budget agreement where the primary provisions of the bill include a suspension of the federal debt limit through March 15, 2017, and an increase of $80 billion in the spending caps imposed by budget sequestration over FY years 2016 and 2017. BBA also imposes a “site-neutral” payment policy for new off-campus provider-based hospital outpatient locations established on or after November 2, 2015. The act delimits the incentive for hospitals to acquire physician practices and ambulatory surgical centers, which will result in a significant impact on the health care community going forward.

The hospital-based clinics began to grow back in the 90s when hospitals understood that if clinic services were provided as if the clinic were a part of the hospital, then two different claim forms could be filed—the professional component and outpatient component (for the hospital).This significantly increased the revenue for the clinic activities. Across the United States hospitals embraced the development of provider-based clinics regularly by acquiring physician practices. The increased revenue from provider-based operations can be substantial. However, when there is an opportunity for increased revenues, there will always be compliance concerns associated with it, and in this case the major issue arises from PBR itself.

In order to qualify a clinic as provider-based there are a number of criteria that must be met. The physician supervision requirements have undergone major changes. The OIG and MedPAC have weighed in on the existence of payment differentials for provider-based clinics. The OIG has suggested that the payment differential based on different sites be eliminated entirely, which means that any service that can be provided in either of these settings would be eligible for exactly the same amount of reimbursement. Whereas MedPAC has recommended that payment for E/M services are the same for both settings. Irrespective of the difference between the two settings, the economic advantage for the provider-based clinics has stayed in place.

However, CMS’s may be in the process of changing this stance, as in 2015 CMS started data gathering for provider-based clinics. The hospitals should anticipate the possibility of change in coming years, as CMS will be assessing the data from provider-based clinics. The Congress has acted to delimit the increase in physician practice acquisition by hospitals through the Bipartisan Budget Act of 2015, Section 603.

Additionally, there has been increased vigilance concerning proper physician supervision, and hospitals must meet all of the requirements under the PBR. Thus, operating provider-based clinics can be more expensive than having a hospital simply own a physician-based, freestanding clinic. Evidently, there are many confusions regarding the latest changes in the supervisory requirements for provider-based operations, it has brought about a clear compliance challenge.