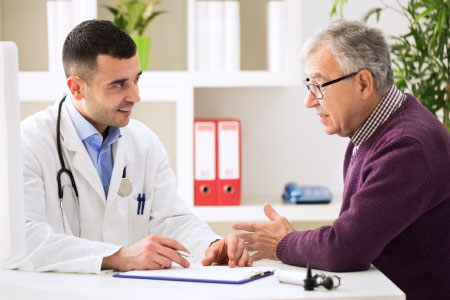 The rule changes stem from the Bipartisan Budget Act of 2015, which resulted in the final 2017 Medicare hospital outpatient prospective payment system (OPPS), a site-neutral payment policy for off-site provider-based departments. Since January 1, 2017, off-campus PBDs have generally been paid under the physician fee schedule rather than the generally higher-paying OPPS.

“The 2017 rule set PFS rates for the technical component of such non-excepted off-campus PBD services at the OPPS rate scaled downward by 50% (called the PFS Relativity Adjuster),” Health Industry Washington Watch explained. “For CY 2018, CMS proposed to reduce the Relativity Adjuster to 25% of the OPPS rate. As a result of comments, CMS mitigated somewhat the additional reduction for these services. Specifically, CMS adopted a Relativity Adjuster of 40%, meaning that nonexcepted items and services furnished by nonexcepted off-campus PBDs will be paid a PFS rate that is 40% of the CY 2018 OPPS rate. CMS estimates that this change will cut Medicare Part B spending by $12 million for CY 2018.”

Other parts of the physician fee schedule upset hospital CEOs—particularly the $1.6 billion cut to Rule 340B, the federal drug discount program which was strongly supported by hospitals.

“The overall theme is that the one thing hospitals have to count on is that we’re going to have significantly lower revenue in the future,” William Ferniany, CEO of the University of Alabama at Birmingham Health System, told Modern Health Care.

“There’s a lack of predictability about what’s coming next, and that uncertainly hurts industry’s ability to truly innovate,” added Matthew Perry, CEO of Genesis HealthCare, based in Zanesville, Ohio.

Becker’s Hospital Review gave a rundown of some of the issues: