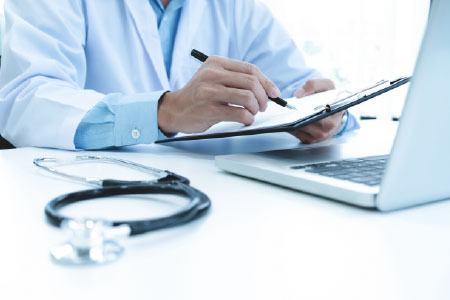 Over the summer the U.S. Department of Health and Human Service’s Office of Inspector General (OIG) changed how it rolls out its Work Plan—now, updates are released monthly. It’s one of your best sources for learning what the feds consider compliance risks in the healthcare industry, and now physicians, billers and coders, and compliance and financial analysts and officers don’t have to wait for semi-annual updates!

That has actually complicated the jobs of many compliance folks. “These monthly updates create some practical challenges for health care providers and compliance professionals trying to make operational and compliance decisions based on information from the OIG’s Work Plan,” according to health lawyers at Baker Donelson. Semi-annual updates only required reviews of compliance plans on that schedule, whereas now, you’ll be expected to update your own plans more often.

Focus on Drugs and Money: The Usual

More Where That Came From

The plan also lists a dozen new and revised studies and investigations into subjects such as Medicare payments for transitional care management, ambulance services and compliance with documentation requirements for positive airway pressure device supplies. Finally, there are nearly two dozen OIG focus areas, such as Medicare Part B payments for chiropractic services, quality oversight of ambulatory surgical centers and home health compliance with Medicare requirements.

For October 2017 alone, OIG lists 66 active audits, evaluations, and inspections underway or planned. Five items were added in October, and nine in September, say the Baker Donelson attorneys. The most striking thing about the September updates, they said in another alert, is the focus on Medicaid, adding that “[t]hose in the nursing home industry should note that the OIG will be examining compliance with life safety and emergency preparedness requirements.”

HHS Reviews Its Own Weaknesses

The Work Plan was updated in September 2017 to include an audit of HHS’s own cybersecurity. Federal agencies are required to implement policies and procedures for detecting, reporting, and responding to security incidents under the 2002 Federal Information Security Management Act (FISMA).

Increasing threats to both private and government infrastructure systems have also prompted OIG to get on the ball regarding its own agency, so it has promised by 2018 to “determine whether HHS has sufficiently implemented incident response capabilities to safeguard the Department’s information technology systems and data.”

Also of note is the agency’s examination of its own former secretary, Tom Price, who resigned at the end of September after it was revealed that he’d been traveling around the country on expensive private and military government-funded planes. “The OIG will review whether Secretary Price’s use of private charter flights was in compliance with applicable federal regulations and DHHS policies and procedures,” say the Baker Donelson lawyers. That report is also expected in 2018.

Parse the Work Plan With a Pro

Dr. Duane C. Abbey sorts through what is in store for healthcare providers and facilities in 2018 in his conference for ProfEdOnDemand, “OIG Work Plan: Trends, Reports and Issues for 2018.” The 90-minute conference overviews OIG work plans and why they should matter to hospitals and other healthcare providers, and Abbey details emerging trends, resources the OIG has, and specific contents of the current plan. With a special focus on coding, billing and reimbursement, he will address upcoming Work Plan issues in the context of those from the prior four years.