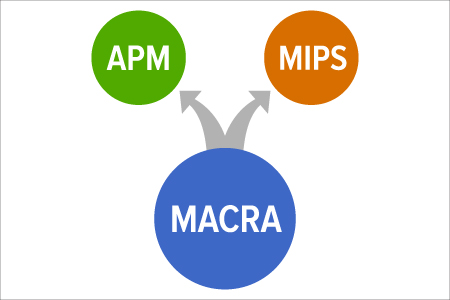 The reporting deadline for the new Merit-Based Incentive Payment System (MIPS) is March 31, but did you know you must report your practice’s data by February?

Missing that deadline will be costly. Under MIPS, failure to report your data results in a 4-percent Medicare cut in 2019, so getting things right is a must, says medical practice consultant Jeanne J. Chamberlin in her conference for ProfEdOnDemand, “Tips for Finishing 2017 MIPS Reporting.” The session is perfect for all who need some quick compliance help, including practice managers, providers of all specialties, nurse managers and staff, quality manager and staff, and billing managers, staff, and coders.

MIPS is a new program that streamlines three formerly independent programs so they work as one. It also adds a fourth component meant to encourage improvement and innovation at clinics.

What Should Be Reported

According to the Centers for Medicare & Medicaid Services, MIPS reporting focuses on quality indicators, advancing care information, improvement activities, and cost—though no data submission is needed for cost since it’s calculated from adjudicated claims.

A total MIPS score is comprised of three performance categories, each weighed differently:

Under the quality category, most participants must report up to six quality measures for a minimum of 90 days. There are variations on the requirements depending on whether your group uses the web interface or Advanced Alternative Payment Models (APMs), the latter of which qualifies for special scoring under the program.

The ACI category was renamed from Meaningful Use and uses a continuous scoring system (rather than the former all-or-nothing compliance program) where rates are compared to benchmarks.

Improvement Activities is a category under which clinicians can earn points for medium-weight or high-weigh activities or participation in APMs such as the Shared Savings Program Track.

“CMS predicts that 566,000 Part B clinicians will participate in MIPS, as MIPS is effectively the ‘new default’ for Part B where few clinicians are exempt from MIPS except under a few conditions,” noted consultancy SA Ignite.

In its “10 FAQs About MIPS,” SA Ignite offered five suggestions for readying your clinic to implement MIPS:

MIPS Goes into Effect Despite Protests

Even before MIPS went into effect, it had strong opponents.

Last fall, the Medicare Payment Advisory Commission, a committee that advises Congress, called for MIPS to be scrapped because of its complexity and the burden it puts on clinicians.

“MIPS measures have not been proven to be associated with high-value care, and many physicians will not understand what they need to do to improve their score, since they’re already performing at a high level,” reported Healthcare Finance in an article titled, “MedPAC recommends Congress eliminate MIPS payment track in MACRA.” “The current system is structured to maximize clinician scores, with a limited ability to detect performance.”

The committee said, according to Fierce Healthcare, that the drawbacks of MIPS include: