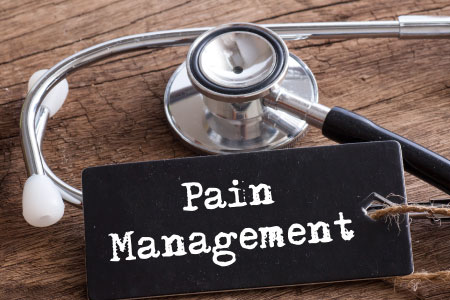 Frantic efforts to stem the abuse of opioid pain killers are coming from state, federal and local authorities, but is it enough to stem what many are calling an epidemic? And even if it is, how will the efforts affect legitimate prescriptions for pain killers for those who need them? It’s a tricky balance that the feds now must walk. Assigning ICD-10-CM codes for opioid abuse and dependence were already tricky – now the stakes will be even higher.

In August, Donald Trump declared that the nation’s opioid crisis “is an emergency,” and he instructed the administration to “use all appropriate emergency and other authorities to respond.”

“The opioid epidemic is a scourge on our nation that knows no bounds,” said Health and Human Services Secretary Tom Price, M.D. “President Trump and we at HHS are working to support states on the front lines of this national crisis. This new support from CDC, funded by the appropriations bill President Trump signed in May, will help states and local authorities track this epidemic and respond in real time.”

An effort to enhance state response to the crisis involves $7.5 million to 20 states and the District of Columbia. Another 12 states are already receiving financial assistance, with the money being used for better reporting and data sharing.

A report this spring suggested that efforts are needed in three broad policy areas – reducing population exposure to the drugs, creating a demand for safe and effective treatments and fostering effective use of emergency departments.

The Centers for Disease Control and Prevention notes that opioid dependence occurs in roughly a quarter of all patients who receive the drugs for non-cancer pain treatment. One of every 550 patients who receives an opioid prescription dies from an opioid-related cause.

In July, CDC reported that while scripts are down overall, the rate is still too high.

“The bottom line is that too many [people] are still getting too much for too long,” says Anne Schuchat, the CDC’s acting director, told NPR. “And that is driving our problem with drug overdoses and drug overdose deaths in the country.”

While doctors appear to be using more care when prescribing opioids, drug companies are working on alternatives, including completely new medicines and novel uses for existing drugs ranging from sodium channel blockers to cannabis. One of the states seeing big drops in opioid use was Florida, where prescriptions per capita dropped nearly statewide between 2010 and 2015.

Meanwhile, ICD-10 Adds to the Mix

Pain management code changes for ICD-10 have been released, with 2018’s new standards going into effect on October 1. Coding expert Amy Turner notes that changes for this year continue to point toward specificity – including subcategories and co-morbidities relating to pain meds and abuse. ProfEdOnDemand offers a one-hour webinar with Amy, “2018 ICD-10 Updates for Pain Management,” aimed at helping coders and providers prep for the changes. She covers where to look for deleted, new or revised codes, the impact on daily workflow, specificity in coding related to pumps and stimulators and use of “chronic pain” codes.