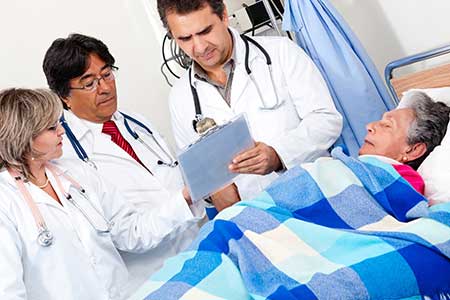 In December 2015, Bon Secours St. Francis agreed to pay a civil penalty of $100,000 to settle allegations that it violated the federal Emergency Medical Treatment and Active Labor Act (EMTALA). The hospital had wrongly transferred two gunshot victims in two separate cases in Sep 2012 and Feb 2013 to another hospital— despite the fact that it had the capacity to treat them. Back in 2012, a man arrived in the emergency department at Bon Secours St. Francis Health System in Greenville, S.C., after being shot in the leg, the hospital denied stabilizing treatment because the on-call specialist declined to evaluate the patients. In a separate incidence, the same hospital denied treating another gunshot victim and transferred the patients to another hospital. According to the CMS, these two incidences led to violations of the federal Emergency Medical Treatment and Active Labor Act (EMTALA).

EMTALA—referred to as the “anti-dumping” law— was enacted by Congress in 1986 to ensure public access to emergency services regardless of insurance status and ability to pay. If a patient has an emergency health condition, then treatment must be provided by the hospital, or the patient must be transferred to a facility that can provide the necessary treatment. However, once the patient is stable the law does not require providers to continue treating. The potential fine of violating the law is a $50,000 civil fine per incident, and if such violations are not corrected to the agency’s satisfaction could lead to a loss of federal funding from the Medicare health insurance program. In addition, the dumped patients or their families also have the right to sue the hospital.

According to a new study in the Western Journal of Emergency Medicine, the CMS conducted 6,035 investigations of EMTALA complaints against hospitals and physicians from 2002 to 2015, and found violations in 2,436 of the complaint cases it surveyed in conjunction with state agencies—an average of 174 a year. Of the cases referred to the OIG, 192 resulted in settlements, including eight by physicians, according to the study. The most common citations were for failure to screen (75%) and stabilize (42.7%) for emergency conditions. Patients were turned away from hospitals for financial reasons in 15.6% of cases.

Sandra Sands, a senior attorney with the OIG who has been handling EMTALA cases, said “many EMTALA violators do not receive fines and those cases are not publicly reported by the OIG. The cases we report on the Internet are among the worst cases, but they aren’t the only bad cases. We don’t have the resources to pursue every case.”

In spite of these failures, EMTALA has heightened awareness and impelled hospitals to correct serious problems in how they handle patients in emergencies. The case settled by Bon Secours St. for $100,000 shows how the law has brought an immense change in the hospital and medical culture. Impelled by the federal investigation, the hospital launched an initiative to improve the ED’s trauma processes and internal communication. The staffs were instructed on hospital and physician responsibilities under EMTALA. The hospital formed a multidisciplinary trauma committee to regularly review emergency cases and improve processes for treating patients quickly.

Sandra Sands believes, “People’s lives are being saved” by the law. When a hospital calls and says, ‘I need you to take care of this patient,’ hospitals say ‘yes’ because they realize that otherwise, they would be violating federal law. The statute makes a very big difference every single day.”