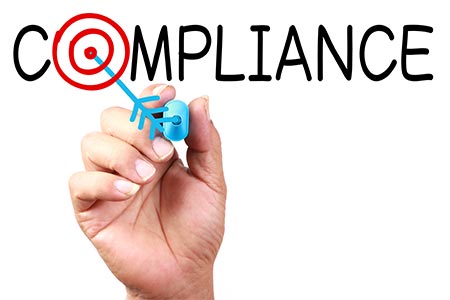 We are at the brink of 2016, and it is imperative for Healthcare organizations to be aware of the changes in Affordable Care Act (ACA) for 2017, as these changes are going to impact their health plans and businesses. Some of the major changes, as highlighted by HR Professionals Magazine “The Department of Labor (DOL) began auditing group health plans in 2012 for compliance with ACA along with other standing federal laws such as the Employee Retirement Income Security Act of 1974 (ERISA), the Health Insurance Portability and Accountability Act of 1996 (HIPAA) and the Consolidated Omnibus Budget Reconciliation Act (COBRA), among other federal laws, and continues to do so. The Internal Revenue Service (IRS) launched its full ACA audit enforcement this year. In its Fiscal Year 2016 Budget, released on February 2, 2015, the budget included a specific provision proposing the hiring of over 400 full-time employees to enforce ACA statutory requirements. Thus, compliance with the ACA should be at the forefront of business planning for not only the remaining 2016 calendar year but as we plan for 2017 and beyond.”

Earlier this year, the Obama Administration, in its budget proposal for fiscal year 2017, detailed the budget for the Office for Civil Rights (OCR) increasing it to $1.15 trillion and allotting it to the Department of Health and Human Services (HHS). According to the budget, 43 million has been allocated to the OCR and $82 million will go to the Office of National Coordination for Health IT (ONC). It will, no doubt, be possible for the HHS to pursue its new initiatives effectively, and the OCR plans on increasing the on-staff auditor team for better preparations for the next round of HIPAA compliance audits. The proposed budget, being pushed to ensure patient privacy and security, prioritizes HIPAA compliance and audits, enforced by the OCR. This funding increase will allow both ONC and OCR to modernize the efforts of security, by implementing a more advanced healthcare IT infrastructure.

In the budget for fiscal year 2016, congress had rejected proposed funding of permanent HIPAA compliance audits. However, the OCR officials announced that they’d start Phase 2 of HIPAA audit program this March, before the increase of budget proposal or its approval. The program was a result of the 2009 Health Information Technology for Economic and Clinical Health (HITECH) Act, which affects more than 4,600 facilities and 11 million patients. As the OCR is held responsible for regulatory enforcement and policy development, they provided outreach to inform covered entities about their rights, protections, and obligations. Enforcing compliance is not the only goal of HIPAA compliance; however, it also aims at offering practical assistance and remediation plans to improve Protected Health Information (PHI) security and integrity. As stated in budget, it is a “proactive approach to evaluating and ensuring HIPAA privacy and security compliance”.

HIPAA and its other business associates need to be practically and periodically reviewed to access compliance with HIPPA, Privacy, Security and Breach notification rules. For more information on HIPAA planning in 20017, join this session HIPAA Planning for 2017 – Focusing Attention on the Key Issues for the Next Year, by expert speaker Jim Sheldon-Dean on Thursday, December 20 and come to know the key focus areas of HIPAA Compliance planning in 2017.