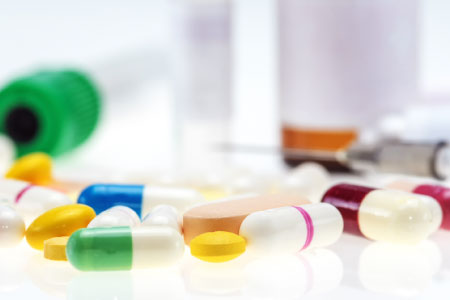 The U.S. Food and Drug Administration (FDA) is putting weight behind its effort to protect public health by encouraging the prescription of generic drugs.

That effort, while good for consumers, is creating tension among the agency, physicians, and creators of medical products which are sometimes used in ways not approved by the FDA, says Angela Bazigos, the CEO of Touchstone Technologies.

Physicians are permitted to prescribe medical products for “off-label” uses;, and indeed those unapproved uses may well be the standard of care, Bazigos explains in a virtual boot camp for ProfEdOnDemand, “Off-Label Promotion for Drugs & Medical Devices.” Payors, meanwhile, are permitted—and in some cases required—to provide reimbursement for the uses that the FDA has not approved. The challenge is that both payors and healthcare providers need access to reliable information on unapproved uses in order to make good coverage and treatment decisions. That’s why the FDA recently issued a spate of guidance documents and a memorandum on the issue.

In early January, the FDA announced it was continuing to implement its Drug Competition Action Plan as part of its effort to encourage the use of generics. Those actions include:

“It currently takes on average about four cycles for an ANDA to reach approval–not necessarily because the product will not meet our standards, but sometimes because the application is missing information necessary to demonstrate that it does,” said FDA Commission Scott Gottlieb, M.D., in a press release.

The effort to bring down drug prices has a key supporter–Donald Trump.

During the presidential race in 2016, Trump vowed he would tackle drug prices, but 2017 saw no direction action, the Washington Post noted. Gottlieb, however, did take action: In November 2017, he tweeted that the FDA approved 107 generics—its highest monthly total ever. Earlier last fall, he also noted that the agency approved a record-breaking 763 generics in fiscal year 2017.

During his State of the Union address in January, Trump said flatly that his administration will “make fixing the injustice of high drug prices one of my top priorities. Prices will come down substantially.”

Those statements made waves in the drug industry, CNN reported. “One thing that jumped out from the State of the Union was the tough talk on prescription drugs—the ‘fixing the injustice’ quote,” Ben Phillips, chief investment officer of EventShares, told CNN. The next day, the stock prices of major drug makers dropped, MarketWatch found.

While the FDA is moving ahead with efforts to promote generics, industry watchers should remain on alert. Be sure you’re up to date on federal legislative initiatives, says Bazigos. Of particular note is the likelihood of First Amendment and Fifth Amendment issues related to the way manufacturers communicate about off-label use of approved medical products. Plus, look out for more off-label promotion regulations. Momentum for major change in how FDA handles generics, Bazigos warns, is building.