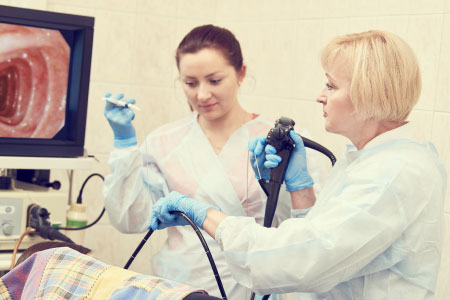 Billing Medicare and other payers for endoscopy services is pretty different from billing for other types of procedures. And if you’re like most coders/billers, you’re probably making some common mistakes that can cost you lost time and valuable reimbursement dollars.

When billing for endoscopy services, you need to know the specific Relative Value Unit (RVU) values and documentation requirements, explains Jill Young, CPC, CIMC, CEDC in her audio conference for ProfEdOnDemand titled “Endoscopy Billing: Understanding the Numbers to Collect All the Dollars You are Due.” Significantly, you must know endoscopy’s different set of rules– for instance, multiple surgical rules don’t apply. Also, to compound the complexity, endoscopy billing guidelines vary among private payers.

No Double-Dipping for Lesion Biopsy/Removal

Problem: Unlike many other types of procedures, you should not attempt to bill for endoscopies that are not successful. For instance, you should bill for only successful colonoscopy procedures.

Solutions: In the case of a colonoscopy or esophagogastroduodenoscopy (EGD) procedure, if the physician biopsied a lesion and removes that lesion during the same session, you would code only the removal of the lesion, according to a posting by Natalie Tornese with Outsource Strategies International. The biopsy is not separately billable.

But if the physician biopsied one lesion and removed another lesion using a different method during the same operative session, you should code both the lesion biopsy and the separate lesion removal, Tornese said. You would append Modifier 59 to identify two procedures or services that are not usually submitted together but are appropriate under the particular circumstances.

What’s more: Also, make sure you’re coding incomplete colonoscopies correctly. If the physician is unable to reach the splenic flexure, you would report the colonoscopy instead as a flexible sigmoidoscopy, Tornese explained. You may also refer to failed colonoscopies as “incomplete.” Code these procedures using 45378 (the base code for a colonoscopy without biopsy or other intervention) or the appropriate G-code and modifier to indicate a discontinued procedure.

When a Colonoscopy Goes Beyond Screening

Tricky: Pay attention to the current Medicare guidance on how to bill a screening colonoscopy that ends up involving a biopsy or polyp removal. In this situation, you would not bill the G-code for a screening study, explained Stephanie Ellis, president of Ellis Medical Consulting, in a recent article.

Instead, you should bill the appropriate CPT codes for the actual procedures performed, Ellis said. On the claim form, you should list the diagnoses with the screening diagnosis code first, followed by the polyp or other applicable diagnosis codes. But if your Medicare intermediary specifically tells you to bill these procedures differently, you should always follow its advice.

Don’t forget: Additionally, you should always take note of whether a colonoscopy was a diagnostic, screening, or therapeutic procedure. Code the appropriate CPT and diagnosis codes.

How to Handle Control of Bleeding

These are just a few of the most common endoscopy billing mistakes. There are many rules of endoscopy billing to grasp, including when it’s not worth the effort to bill for a service, Young says. You should keep in mind what you need in the documentation and what endoscopy billing does to your accounts receivable, all of which Young covers in her educational session.