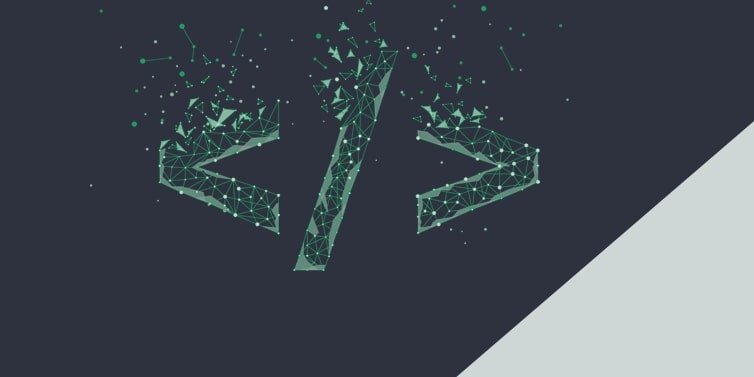 Computer science isn’t new, but what it looks like is. The computer science skills, languages, libraries, and tools professionals use every day are constantly shifting, now more than ever. It’s a field that demands continuous learning, but that anyone can jump into right away. Opportunity is everywhere and endless.

“What makes computer science really interesting is the rate at which it changes means that no one’s ever really at a disadvantage,” said David Joyner, PhD and executive director of online education for the College of Computing at the Georgia Institute of Technology. Joyner teaches several edX courses and programs, from programming in Python to human-computer interaction, to thousands of students of all backgrounds.

“The range of people we see in our programs is what’s indicative of the amount of opportunity there is and the absence of the requirement for a long formal education history.”

Computers Are Everywhere, You Just Might Not See Them

How we think about and interact with computers has drastically shifted in just a few decades. Computers have evolved from monolithic towers to rectangular blocks on desks to pocket devices we use every day. While they grow in power, they shrink in size and next, you won’t even see them.

In his final weekly column, veteran tech journalist Walt Mossberg echoed this trajectory, writing that the trend towards the “disappearing computer” has the potential to create a new world that’s unrecognizable.

“It’s a radically different way of thinking about tech,” Mossberg wrote. “This is ambient computing, the transformation of the environment all around us with intelligence and capabilities that don’t seem to be there at all.”

Tech-Driven Opportunity Can Level the Playing Field, but Demands You Keep Pace

This new world of ambient computing is flush with opportunity, but driven by rapidly changing technology. The traditional education model alone doesn’t support this pace of change, so professionals must find ways to keep skills sharp and keep up with the latest programming languages, libraries, tools, and ideas.

Modern, modular learning opportunities offer paths for seasoned computer scientists, industry newcomers, and everyone in between to gain the skills they need to advance and build careers.

“It’s not the traditional career trajectory where you have to go to college for four years, go to grad school for three years, get a junior position, and then there’s this ladder. In computer science, it’s constantly learning new things. It does mean that you can’t rest, you can’t get complacent with what you know because it is going to continue changing,” Joyner said.

“You hear some people talk about, ‘if I could go back and do it again, I would do this other major.’ Well, if you majored in accounting 20 years ago and now you’re wishing you had majored in computer science, if you go back and start taking CS classes now, what you’re going to be doing a year from now is going to be the exact same things that you majored in in the first place two years ago, because that’s how fast the deal changes.”

Computer Science is For Everyone

Through online edX courses and on-campus programs, Joyner teaches thousands of students a semester across an increasingly broad range.

“Some of my favorite types of students are those who come in and say, ‘I’m a chemist by trade,’ or ‘I’m a physicist, I’m an astrophysicist, and so much of what we do now is write code that processes results and write code that does this and that. And I don’t want to change careers, but I understand that computer science is important to my career’ — we see a lot of that.”

In addition to diversity of professional background and level, Joyner and others working in computer science recognize the need for the field to be less homogenous, and the impact potential of diversity of thought.

“With all these automation efforts in our lives, humans working in computer engineering will be more important than ever to ensure that our automation reflects our individual, community, and societal values,” said Petra Bonfert-Taylor, professor at the Thayer School of Engineering at Dartmouth College, and Rémi Sharrock, associate professor at Télécom ParisTech at IMT. Together, Bonfert-Taylor and Sharrock teach a Professional Certificate program in C Programming with Linux.

“More than anything, I think as a community we need to draw from a very diverse set of people, both racial, gender, ethnicity, nation of origin, professional experience, personal background, all those kinds of things. Because the design of the systems that we build necessarily is imbued by the assumptions and the beliefs of the people who designed them. Even beliefs we’re not really aware of. Many of the problems we see with technology are because the people who are affected by it are not there on the design team creating it.” Joyner said.

“Practically speaking, it’s important not just because of social good, not just because it’s the right thing to do. We need it because it’s going to have negative effects otherwise. If you feel like you don’t belong to CS, it probably means that we need you. We need our systems to carry forward your background, your true beliefs, your assumptions.”

It’s Never Too Late to Get Started in Computer Science

“It doesn’t really matter that there’ve been people working in the fields for 20 years and you’re just starting out right now. The languages and the libraries that you’ll be using on the job in a few years probably haven’t even been created yet,” Joyner said. “It’s never too late to start because whatever you feel like you don’t know now, it might not even be important in three years. The important thing is to start, so you can start to be able to understand what you need to continue to learn and what you need to keep up with a career.”

It’s never too late to get started in beginning or advancing your computer science career, change jobs and industries, or jump back into the field after a lapse, like edX’s own chief architect Nimisha Asthagiri.

“I had the pleasure of taking off eight years from the industry in order to live a life as a full-time mom and an active community volunteer. When I returned to the workforce, I was inundated with the plethora of new technology, which was overwhelming, not even knowing where to start. But my love for problem-solving and engineering kept me going,” Asthagiri said.

On edX, over 760,000 people have enrolled in HTML courses, over 380,000 in C++ courses, over 1 million in JavaScript courses, and over 3 million people in Python courses — and counting.

Whether you’re just starting out or have been a computer scientist for years, join millions of edX learners in committing to keeping your skills up to date and take advantage of all the opportunities this field has to offer. From foundational courses to advanced degrees, find your computer science path at edX.

“Data analytics provides opportunities for computer science to produce evidence-based decisions in our lives, communities, and society. It is an exciting time to be working in computer engineering to make these new developments inclusive and equitable for all humans.” – Bonfert-Taylor and Sharrock said.