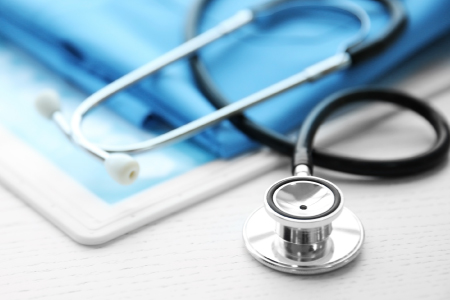 While CMS is not scheduled to release its final rule implementing the Medicare Access and CHIP Reauthorization Act (MACRA) until next week, there are some indications that major changes to its proposed rule, released June 30, 2017, could be in the works.

Seemingly mindful of the issue that small practices nationwide could be driven out of business, outgoing CMS Acting Administrator Andy Slavitt in 2016 introduced a “Pick Your Pace” program and designated 2017, as the first MIPS performance year, a “transition year” with very minimal performance requirements. This allowed providers to opt in to the program.

Based on that approach, CMS estimated that over 90 percent of physicians nationwide, and even over 80 percent of solo practitioners and physicians in small group practices of fewer than 10 providers, would receive a positive (or neutral) MIPS payment adjustment for 2017.

Then, with the proposed rule in June, the agency softened its approach — and likely muddied the waters further. It would have excluded MIPS eligible clinicians or groups who bill equal to or less than $90,000 in Part B allowed charges (increased from $30,000) or provide care 200 or fewer Part B enrolled beneficiaries (up from 100) during the performance period or a prior period, according to a CMS presentation in August on the proposed rule.

“[W]ith the 2019 performance period, individual MIPS-eligible clinicians and groups who are excluded, but exceed one of the low-volume thresholds, would be able to opt in to MIPS and be subject to the MIPS payment adjustments,” said CMS.

After MedPAC released a report in June that was critical of MACRA’s proposed way to pay providers via MIPS, the advisory commission reportedly reiterated its dislike of MIPS at its October 5 meeting. In June, MedPAC recommended that Congress “eliminate the current set of MIPS measures and instead … rely on population-based outcome measures.” The reason, says MedPAC, is because “[f]undamentally, it may not be possible for the national Medicare program to accurately judge individual clinicians on quality because there are too few cases per clinician for measures to be reliable.”

MedPAC noted that “serious challenges” flow from the way Congress set up MACRA, and the way CMS is implementing it, and the commission focused in particular on MIPS and its four reporting categories of quality, improvement activities, advancing care information, and cost. How physicians in MIPS perform in those four categories will be reflected in their Medicare FFS payments as either a bonus or a penalty.

MedPAC complained that “MIPS as presently designed is unlikely to help beneficiaries choose clinicians, help clinicians change practice patterns to improve value, or help the Medicare program reward clinicians based on value” because of, ironically, the flexibility they enjoy in the present proposed model. MedPAC said:

MedPAC proposed a different model for MIPS based on payment withholding of a set percentage of payments for all services under the physician fee schedule, which is then either returned to physicians or not, based on population-based outcome measures. Those measures would come from claims or surveys, not reported information from clinicians.

A–APMs would be retained and their revenue thresholds altered, and providers could choose to join those and get the withhold returned to them, join another group that either they or Medicare defines and get the withhold back based on the group’s performance, or elect not to be measured, in which case they would forego the MIPS quality withhold.

“There would be no threshold,” noted MedPAC, and “instead, the incentive payment would be proportional to A–APM involvement: Any PFS payment coming through an A–APM would get the 5 percent incentive payment added to it. This design would create greater certainty of payment, be more equitable, and would create an incentive for clinicians to move their services to A–APMs.”

CMS has had a lot to chew on in its preparation of its final rule already, and the MedPAC proposal likely further complicated an already complex process. When one CMS official was asked about the MedPAC report at a conference, she reportedly said the agency can’t sunset MIPS unless Congress does, but that it might be possible to adopt some of MedPAC’s proposals in the future without Congressional action.

Next week, we’ll see what CMS comes up with for its final rule implementing MACRA. Will MIPS be nipped? Like we said last week, there’s probably no deleting it completely, but it could be changed dramatically. Stay tuned.