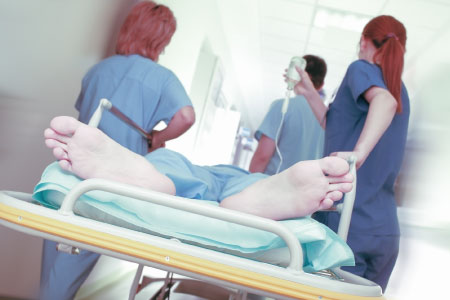 The opioid epidemic is officially a public health emergency, and more than 100 people are dying in the U.S. each day from opioid-related overdoses. Millions of dollars are being earmarked not only for treatment but also for monitoring requirements under which healthcare organizations are obliged to report overdoses and deaths. This monitoring, however, is putting health care providers in a quandary: Heed opioid reporting requirements or records disclosure laws?

Confidentiality expert Melissa A. Soliz understands the rock-and-a-hard place bind health care professionals find themselves in. In her webinar for Audio Educator, “Comply with 42 CFR Part 2 and Combat the Opioid Epidemic,” she reveals how and when federal law governs your efforts and offers solutions for complying with 42 CFR Part 2 while effectively working to combat the opioid epidemic.

In 2017, the Trump administration issued an emergency declaration for the opioid crisis and then extended the declaration in early 2018, Politico noted. The designation gave federal health agencies the ability to hire treatment specialists and reallocate money to fight the epidemic, but the Trump plan included no funding and the effort was widely criticized, The New York Times said.

That left states on the frontlines of fighting the epidemic, something that some have done much better than others, reported Vox.

Who’s doing it right: By using one metric of treatment—the ratio of certified buprenorphine providers to opioid overdoes—states such as Washington, Oregon, and Alabama are ahead of the curve on the opioid response, while others like Iowa, Wisconsin, and New Hampshire are behind.

“This doesn’t necessarily mean that the blame falls entirely on these states for letting the opioid crisis continue, because some of them just might not have the resources to deal with the crisis—and train a bunch of buprenorphine providers—even if they want to,” Vox cautioned, adding that some states don’t fully report numbers from the opioid war, which brings us, in a way, to 42 CFR Part 2.

Title 42 of the Code of Federal Regulations (CFR) Part 2 is the part of federal healthcare law that protects the confidentiality of substance abuse disorder patients. Revealing who is receiving treatment for drug abuse could add a stigma to victims and impact their children.

The National Center for State Courts notes that Part 2 “applies to all records relating to the identity, diagnosis, prognosis, or treatment of any patient in a substance abuse program that is conducted, regulated, or directly or indirectly assisted by any department or agency of the United States.”

But: The rule, argues the American Hospital Association, is out of alignment with current Health Insurance Portability and Accountability Act (HIPAA) standards. “To provide the safest and highest quality care, clinicians in hospitals and health systems need access to patients’ complete medical information, including information about substance use disorders,” said AHA Executive Vice President Tom Nickels.

Sharing information on an epidemic and protecting patient confidentiality is no easy task, the Association for the Society of Addiction Medicine (ASAM) notes. “ASAM strives to strike this critical balance in its advocacy activities and will continue to call for needed privacy protections as 42 CFR Part 2 regulations and the underlying statute are updated,” the organization states on its website.

Some 40 organizations, including the American Hospital Association, created The Partnership to Amend 42 CFR Part 2 in an effort to effect change.

“Now, more than ever, legislative action is necessary to bring the appropriate sharing of substance use records into the 21st century,” the coalition maintains. “Access to a patient’s entire medical record, including addiction records, ensures that providers and organizations have all the information necessary to provide safe, effective, high quality treatment and care. Substance use disorders can have complicated ripple effects on a patient’s health that need to be carefully identified and coordinated.”

So far, the amend 42 CFR Part 2 bill has been introduced in both the House and Senate and has bipartisan support in both chambers—but not a vote yet. In the meantime, cautions Soliz, providers need a deeper understanding of the opioid reporting requirements and solutions for complying with the rule while effectively treating patients.