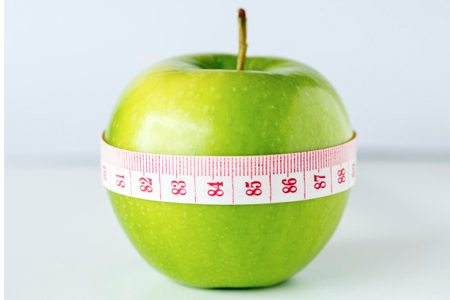 Wondering what your diet will look like in 2020 and beyond? You’ll soon find out, with the 2020-2025 dietary guidelines for Americans slated for release in 2020.

Not only are the dietary guidelines a blueprint for a healthy diet, they are also a mechanism to address chronic disease in America, a significant portion of which is caused or exacerbated by American diets (i.e. Type 2 diabetes). The dietary guidelines also inform the nutrition standards for school breakfast and lunch, and the WIC supplemental nutrition program. With so much at stake, it’s no wonder that the new dietary guidelines are much-anticipated.

The Advisory Committee, which conducts and independent, scientific review of nutrition and health information, was announced in February 2019, and the committee is currently continuing its review. Prior to review, the committee posts their selected topics and scientific questions for public comment. Here are a few examples of questions the committee is reviewing:

When the Advisory Committee completes its deliberations, it releases a scientific report to the secretaries of the USDA and HHS. Those two agencies work together to develop the new edition of the dietary guideline. The committee’s scientific report helps to formulate the guidelines, along with input from Federal agencies and the public.

Unlike previous years, the Advisory Committee will not rely on external, non-USDA scientific review when crafting the 2020-2025 Dietary Guidelines for Americans. This stance that has come under fire from several groups including the American Institute for Cancer Research. Another departure from tradition, the Advisory Committee did not develop the questions they would address. Instead, the USDA and HHS pre-developed the questions. This is a controversial decision, with detractors noting that it allows the agencies to avoid controversial topics—like sustainability—that should be addressed.

Is Dairy a Drag?

Dairy will be on the chopping block in the new dietary guidelines, if the Physicians Committee for Responsible Medicine gets its way. The non-profit is urging the Advisory Committee to recommend that the 2020-2025 dietary guidelines include a warning about the danger of dairy products. Dairy products are the biggest source of saturated fat for Americans, which is linked to heart disease. Milk and dairy products have also been linked with an increased risk of several cancers and cognitive decline. The group stresses that the main nutrients promoted in dairy products—calcium, potassium, and Vitamin D—can be found in many other food sources, like beans, fortified cereals, leafy green vegetables, and more.

Unsurprisingly, large food corporations spend millions lobbying to get the dietary guidelines swayed in their interest. For example, Mars Incorporated spent over $2 million in 2018 and early 2019 to lobby congress around dietary guidelines issues. Atkins Nutritionals is hoping to reduce the recommended amount of carbohydrates, noting in an open letter in the New York Times and the Washington Post that Americans eat too many carbs. In fact, Americans eat too many processed carbs, and too few carbs from sources like fruits, vegetables, whole grains, and legumes. Other large companies lobbying for their say in the dietary guidelines include drink manufacturers Coca-Cola, PepsiCo, and Red Bull North America.