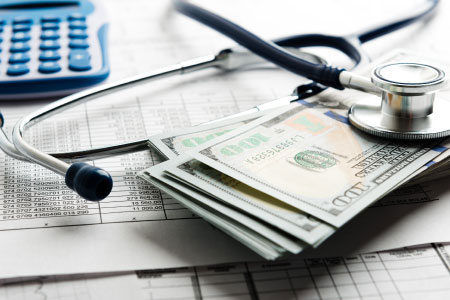 Here are three things you should know about the potential changes to Stark law in the CMS-proposed rule. Get familiar with them now, and you’ll have less work to do when the rule is finalized.

If you’re confused about the best way to stay in compliance with the Stark law against physician self-referral, you’re not alone. Many providers and staff struggle with understanding this complex law and avoiding its significant penalties. Now, more changes are coming your way. In October 2019, CMS proposed a number of updates to Stark. While the rule–which was originally enacted in the 1980S and has undergone many revisions since then—is not yet final, you can start preparing for potential changes now.

Reminder: The Stark law states that a physician cannot refer a Medicare/Medicaid patient to receive certain designated health services from an entity where the physician (or the physician’s immediate family member) has a financial interest. Stark prohibits physician self-referral and is intended to protect patients from conflicts in medical decision making.

Sometimes violations of the Stark law are plain as day—consider bribery, paying for referrals, or no-work consulting agreements. These are things that scrupulous physicians know they should avoid. But more often, Stark violations fly under the radar, surfacing only because physicians fail to ensure that a certain business arrangement—leasing medical space or investment opportunities, for example—falls into one of Stark’s many safe harbors.

Since penalties for Stark violations include heavy fines and even revocation of Medicare billing privileges, it pays to be aware of the upcoming Stark law changes and ensure that your practice stays on the right side of regulations. And don’t forget—the Stark law allows regulators to go after providers for unintentional violations, so being unfamiliar with Stark basics is no excuse.

Here are three things you should know about the potential changes to Stark in the CMS-proposed rule. Get familiar with them now, and you’ll have less work to do when the rule is finalized.

CMS already offers waivers to providers participating in the Medicare Shared Savings Program. Participating providers can receive bonuses for meeting cost and quality targets without those payments being interpreted as violating Stark. Now, CMS proposes to add new exceptions to Stark that would promote a wider variety of value-based care arrangements.